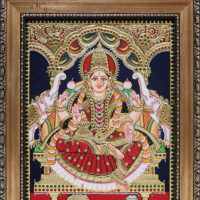 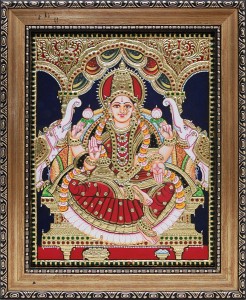 There are certain rules which are common for all divisional charts and Parāśara summarises them in the chapter Varga Viveka. He starts by emphasising the importance of strengths, particularly vimśopāka bala, the 20 point strength. In this lesson we learn about karma vipāka, vimśopāka bala, āpekṣika bala i.e. acchādana.

We study the following in depth – 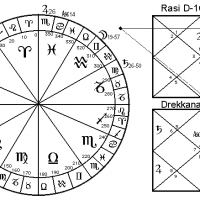 Division refers to an orderly division of the 30 degrees of a sign into parts called Āṁśa. The charts constructed on the basis of the ownership of these divisions1 are called Divisional Charts or simply D-Charts. The sign is divided into ‘N’ number of parts where ‘N’ refers to the Varga number. Each part is called an Āṁśa and maps into a specific sign of the D-N Chart. If any planet or Lagna is placed within an Āṁśa, then it is also in the mapped sign of the D-Chart.

To understand this, let us consider the chart of a person born on the 7th of August 1963. Some of the planetary positions are Lagna 140 Pisces, Jupiter 260 07’ Pisces, Moon 19057’ Aquarius and Saturn 26050’ Capricorn. The Rāśi (D-1 Chart) will have Jupiter and Ascendant in the first house in Pisces, Moon in the 12th house in Aquarius and Saturn in the 11th house in Capricorn. Let us attempt to determine the Drekkāṇa divisions and D-3 chart. Here ‘N’ = 3 and each sign of 30° longitude is divided into three parts of 10° each. Each of these divisions is called an ‘Āṁśa’ and more specifically a Drekkāṇa or ‘Trine division’. The three Drekkāṇa of all signs would be in the longitude range (1) 0-10°, (2) 10°-20° and (3) 20°-30°. The first Drekkāṇa of a sign is mapped to itself, the second is mapped to the sign in the fifth from it and the third is mapped to the sign in the ninth from it. 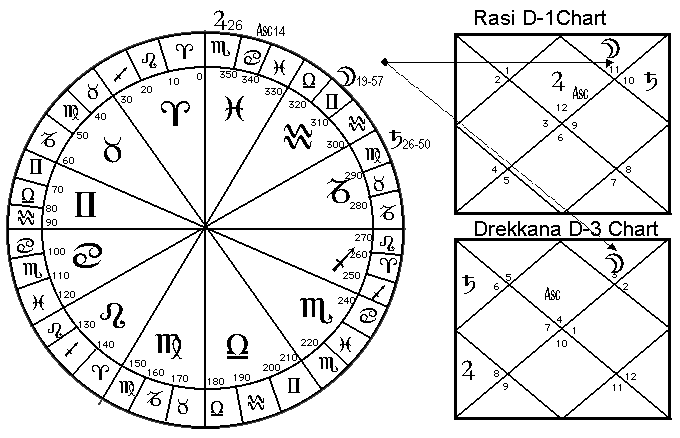 The divisions of the zodiac and the divisional charts constructed on the basis of ownership of these divisions are named on various criteria. These include:

Like every other system, there are various technical terms used in the examination of Divisional charts. Getting accustomed to the verbiage helps in understanding and using the system.
1) Varga: Division or Divisional Chart in general usage.

Since the twelve sign division is the primary division, it follows that all sub-division of the sign will fall in a sequence that repeats after every twelve divisions. Thus, for example, the D-16 Chart (ṣoḍasāṁśa or Kalāṁśa) will be the first harmonic (or second cycle) of the D-4 Chart (Chaturthāṁśa). This can be expressed mathematically as 16 = (12 x 1)+ (4); where 1 represents the first harmonic. Similarly, the D-40 (Khavedāṁśa) Chart is the third harmonic (or 4th cycle) of the D-4 Chart as 40 = (12 x 3) + (4).

The first cycle of divisional charts from Rāśi chart (D-1) to Dwadasāṁśa (D-12) rules over the physical plane and covers such matters as physical body (D-1), material wealth (D-2), brothers & sisters (D-3), immovable properties (D-4), children (D-7), authority over others (D-5), spouse (D-9), work (D-10) and parents (D-12). The second cycle or first harmonic rules over the conscious plane. Technically it covers charts D-13 to D-24, but Parāśara has restricted the scope to the three primary areas of mental activity namely ṣoḍasāṁśa or Kalāṁśa (D-16) ruling over matters of general mental happiness, luxuries, vehicles etc; Vimsāṁśa (D-20) wherein spiritualism, occult studies etc are examined and Chaturvimsāṁśa (D-24) for all kinds of learning (which is actually considered a heritage from the society). The third cycle or second harmonic rules over the sub-conscious plane covering charts D-25 to D-36. Parāśara advises us to focus on two charts in this group, namely, Nakshetrāṁśa (D-27) for strengths & weaknesses and Trimsāṁśa (D-30) for all evils. For example if the Moon is exalted and placed in a quadrant in the D-27 Chart, we can infer that the native is mentally very strong. A weak Mercury in this chart can show speaking disorders or a weak speech. The fourth cycle or third harmonic rules over the super-conscious plane covering charts D-37 to D-48. However, the good & bad accruing to the destiny of the individual due to the Matrilineal karma (seen from Khavedāṁśa D-40 Chart [as 40 = (12×3) + 4] and that from the Patrilineal Karma (seen from the Akshavedāṁśa D-45 Chart [as 45 = (12×3) + 9] are considered important in the ṣoḍasavarga scheme of Parāśara. The fifth cycle or fourth harmonic rules the supra-conscious plane covering the charts D-49 to D-60. At this level, the heritage (equivalent of D-12) of the karma from past births is relevant and the Shastyāṁśa (D-60 Chart) is vital. Parāśara gives the highest weightage to this chart in the ṣoḍasavarga scheme. There are much higher planes of Consciousness and some other divisional charts like the Nava-Navāṁśa (D-81), Ashtorrāṁśa or Navāṁśa-Dwadasāṁśa (D-108) and Dwadasāṁśa-Dwadasāṁśa (D-144) are used.

1 The ownership of individual divisions & signs by planets has been mentioned in traditional literature: “Mars, Venus, Merc, Moon, Sun, Merc, Ven, Mars, Jup, Saturn, Saturn & Jupiter are the lords of the 12 Rasi’s reckoned from Aries. These planets (in the said order also) lord the Āṁśa’s (Divisions).” Vyankatesh Sharma – Sarvartha Chintamani (Sloka 1.06); Also Kalyan Verma (Saravali Sloka 3.11)
2 Rekha lit. vertical line
3 Bindu lit. Dots. Thus, Rekha and Bindu refer to marks and dots contributed by the individual planets (and Lagna).
4 Two planets can associate by (a) conjunction (b) mutual aspect (c) exchange of signs or constellations, or (d) aspect/placement in each others signs. 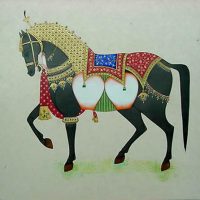 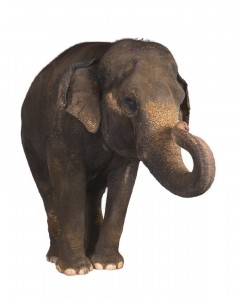 Manas is said to be in five levels in every creature and the extent of its manifestation depends on the body of the creature as manas is like a coat fitting the body. A dog cannot have the manas like that of man. Manas is at five levels of increasing subtlety in consciousness. 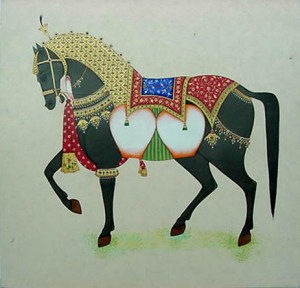 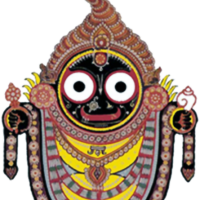 Maharṣi Parāśara teaches:
Maitreya do listen to my benevolent monologue of [the knowledge of] sixteen divisional charts (varga) which has travelled from the creator (Brahmā) who is the grand-sire of the seven worlds.

That one which is the rāśi chart is now expanding into sixteen charts with each chart like one of the rays of the Moon (Moon has sixteen kalā). This expansion leads
to the complete understanding of the manifested universe influencing the individual. It is called viśvarupa (universal form). (1) This expansion is shown by Śrī Kṛṣṇa to Arjuna in battlefield of Kurukṣetra as taught in the Bhagavat Gītā.
It also refers to (2) A name of the Śiva, (3) The yoked horses of Bṛhaspati, (4) Tri-siras the three-headed son of Tvaṣṭṛ-Āditya, and (5) One of the seven tongues of Agni (fire god)

As a jyotiṣa you need to develop the purity to be of help to the people who are suffering and in order to have the spiritual purity, you need to do the Viśvarupa sādhanā. Yogi Karve of Maharashtra worshipped Śrī Viśvarupa (Kṛṣṇa universal form) and developed the vision to see the birth time of any person who had only the birth date to start with. The particular form of Śrī Jagannāth is called dāru-brahma (wood-universal form) as the idol of Jagannāth is made of wood only. Jagannāth is a synonym for Jagat-Iśvara which has been used by Lord Śiva. The Viśvarupa sādhanā is required to develop the vision to fathom the universe as it expands through the ṣoḍaśa-varga. One chart is enough to make the mind of a good astrologer perplexed, then what to talk of the capability required to fathom the depth of the sixteen divisions. You are born in a human body with this capacity which is in a latent form. Unleash your potential by doing the Viśvarupa sādhanā.

Step 1: Recite Guru vandanā, light lamp for Jagannāth. Get a picture or wooden idol of Jagannāth Mahāprabhu. Those who can, should do pūjā of Śrī Jagannāth Kṛṣṇa.
Step 2: Recite Bṛhaspati Gāyatrī [10 repetitions minimum, 108 preferred]

Step 4: Recite Bhagavat Gītā Chapter-11 [7 repetitions] Seven repetitions of the Bhagavat Gītā are also indicated by Parāśara in the word ‘lokapitāmahaḥ’ [sapta-loka] i.e. one repetition for each loka will remove sins of all seven loka.