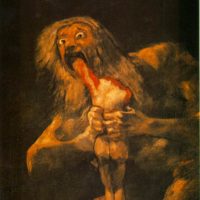 The planets signifying childhood are the Moon (Baby 0-1 year), Mars (1-4 years) and Mercury (4-12 years). Adolescence and youth are ruled by Venus from 12 to 32 years. These planets become significant in defining the abuse period and nature of abuse of any child. Let us examine a few cases to determine the nature of abuse – whether it was physical or sexual or the specific nature and extent of abuse.

One problem in all societies is that talk of such things is considered taboo! We also discuss abuse by grandparents as these can leave a serious psychological effect on the mind and can permanently damage trust and belief system in the native.

Physical abuse of any kind requires the ‘touch’ of Mars and/or Ketu, the latter being a headless mistake. Rahu takes on a more diabolical role in these matters and shows obsessions and repetitive behaviour. Saturn is a weakness of the mind and body, a slur to the being, a sin to the Sun – destroying character and spirit. 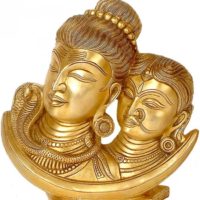 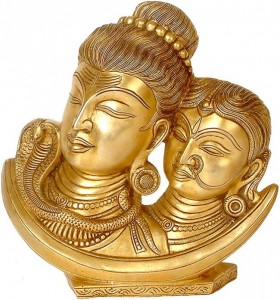 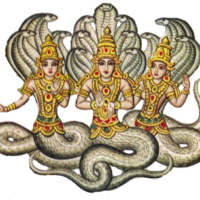 Gaṇeśa, Dasra (Aśvinī Kumar), Yama and Ahi (Sarpa) repeating three times, in that order are the four devatā of the dvādaśāṁśa.

Gaṇeśa
Gaṇeśa is the darling son of Gouri (Pārvatī of or the mother goddess) who was created from mud in the absence of his father. The mother was enamored by the beauty of Gaṇeśa and asked Hein to guard the door and not to allow anyone inside when she was bathing Lord Śiva the spouse approached the door and wanted to meet the mother. Gaṇeśa objected as He was unaware that Śiva was his father. A battle ensued between Gaṇeśa and the hordes of Śiva. The hordes were defeated and in anger, Śiva drew the trident and cut off the head of Gaṇeśa. On hearing the clamor, the divine mother came out of the bath and was aghast to see the fate of her darling son. She insisted on his rebirth /reincarnation. Lord Śiva obliged and asked the attendants to travel in four directions. The group traveling north found a dead elephant and brought its head. Lord Śiva attached the head to the lifeless trunk and uttered the saṇjīvani mantra. Gaṇeśa came back to life and became the ‘first worshipped’ among the host of gods and goddesses.

It is evident that “Gaṇeśa” dvādaśāṁśa implies a strong attachment to mother and differences with father. These differences are resolved if the wisdom of the ‘elephant head’ works, else battle ensues battle the child and father. Outbursts and quarrels with father became a part and parcel of the relationship as a means to solving problems.

We may denote Gaṇeśa dvādaśāṁśa as f (-) m (+) indicating a ‘minus’ with father and a ‘plus’ with mother. 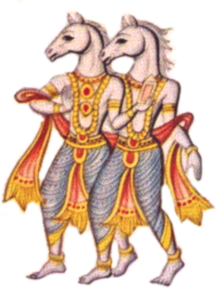 Dasra (Aśvinī Kumar)
Saṅjñā the wife of Sun God Sūrya had decided to seek some time off from the daily rigor of life as she was unable to bear the heat of the blazing god. She went to the house of her father and left her shadow Chāyā behind to run the household. Little did she know that Chāyā would deceive her and start an illicit relationship with Sūrya in her absence due to the stark similarity between the two. When Sūrya failed to turn up at her father’s residence to take her back, she felt slighted and turned herself into a mare. When the truth was exposed to Sūrya by his ardent son Yama, he banished Chāyā and searched the seven worlds for Saṅjñā. On finding her masquerading as a mare, he decided to become a stallion and woo her love. The offspring of their love and mating were the Aśvinī Kumar (a.k.a Dasra).

Aśvinī Kumar of Dasra dvādaśāṁśa indicates that the native equally loves both parents, and is generally duty bound. We may denote this as f (+) m (+).

Yama
When Saṅjñā wanted to visit her parents she asked her shadow Chāyā (lit. shadow or image) to stay behind and serve Sūrya. Being the exact replica of Saṅjñā, Sūrya mistook her as his spouse and made love. Yama the elder son of Sūrya (from Saṅjñā) was aware of the truth and detested Chāyā, the step mother. Chāyā gave birth to Kāla (lit. time and also darkness). Unable to bear the deceit, Yama spoke the truth about the unholy union to Sūrya and to prove his point went and kicked Chāyā. Infuriated at his misbehavior Chāyā cursed Yama to become lame. Sūrya immediately realized that Yama was speaking the truth as no son can have so much hatred to kick the mother. He blessed Yama to be ‘dharma rāja’ and gave him the power to punish all those who indulge in deceit or untruth. He banished Chāyā and went to fetch Saṅjñā.

Kāla became the curse of Chāyā on Yama and sat on his head. The left leg of Yama gradually deteriorated and he became lame and limped around in a slow painful gait. This slow moving painful state of Yama is symbolic of Śani (Saturn).

Truth can be painful and those who live truthful and dharmic lives often have to bear the burden of other sinful ones they associate with. Yama dvādaśāṁśa indicates sorrow (sometimes due to parents). The native will surely standby his father and will not like his mother or may disagree with her on various issues. We may denote Yama as F (+) M (-). 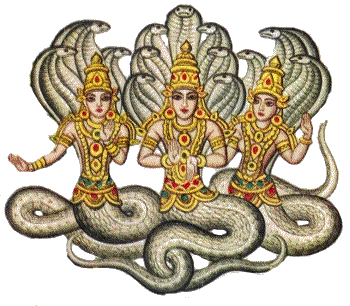 Sarpa
Sarpa or snake indicates the unfaithful one who, largely out of fear or self-preservation or other selfish interest denounces parents. Generally indicates one who is very independent and does not obey parents in youth, may stay away from them and/or may not maintain cordial relationship with them. We may denote the Sarpa dvādaśāṁśa as F (-) M (-).

The lagna shows the intelligence of the native while the pāka lagna (sign/degree occupied by the lagna lord) shows applied intelligence. The difference being the immediate natural reaction to any stimuli comes from the lagna and this is done without any application of wisdom while application of wisdom (Jupiter the significator of wisdom is also the significator of pāka lagna) is done through the pāka lagna where the individual weighs the pros and cons and based on his learning or understanding of a situation, takes concrete action. Similarly we have the lords of the ninth house representing father and that of the fourth house representing mother that act as the pāka lagna for parents.

The first step in delineating the relationship of the individual towards parents and vice-versa is to determine the dvādaśāṁśa devatā of the lagna, pāka lagna, the fourth lord and the ninth lord of the rāśi chart. The devatā of the lagna shows the basic instinct of the native towards both parents while that of the pāka lagna shows the changes brought about through experience, learning and application of thought.

The second step is to examine the lord of the 4th house and 9th house that shows the attitude of the mother and father respectively.

Dvādaśāṁśa chart & father
Details about ones parents can be studied from the dvādaśāṁśa chart which also gives their nature, fortunes and the influence they have on the life of the native.

Dvādaśāṁśa and mother
The fourth house and lord indicates the biological mother. Malefic planets in this house can show neglect by mother and the 4th lord placed in duṣthāna can show bad relationship with mother, especially if it is also in ṣaḍāṣṭaka (mutual 6/8) or dvirdvādasa (mutual 2/12) with the lagna lord. The cara mātṛkāraka in a duṣthāna, especially the 6th house can indicate very adversely for mothers health. The mātṛkāraka in Cancer or Sagittarius is generally considered inauspicious for mother and unless other alleviating factors are present it can mean separation from mother or her early death.

Note on adoption
Adoption by another mother is confirmed if there is a malefic planet in the fourth house. The adopting mother is to be seen from the 11th house in the dvādaśāṁśa chart if the adoption is being done after the death (11th house is 8th from the 4th house) of mother. If the adoption is done while the mother is alive then this is seen from the 9th house which is the 6th house (service or growth) from the 4th house ruling mother. If the rāśi chart also has these indications then adoption is sure to occur. Formal or legal adoption needs the stamp of approval of Jupiter and this must aspect the concerned house in the dvādaśāṁśa chart.

The presentation explains all this and gives a detailed analysis about parents.
D12 Presentation 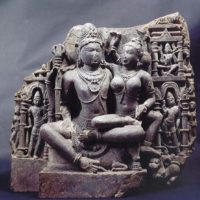 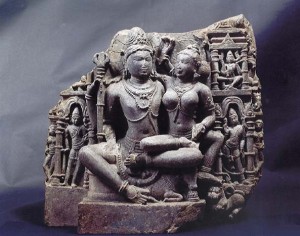 A chart drawn with all the nine planets, lagna (and special ascendants etc) mapped into their dvādaśāṁśa signs is called the dvādaśāṁśa chart and is denoted as the D12 chart.

Use of dvādaśāṁśa and significators

Parāśara advises that the dvādaśāṁśa should be examined for elders (including parents and grandparents). The first focus is on Parents – biological father and mother and then on step parents like step father(s) or step mother(s). Thereafter we shall study both patrilineal and matrilineal grandparents.

In addition, Sun is the natural significator of father (as the giver of dharma) and Moon is the natural significator of mother (as she creates the body). A severely afflicted Moon in the rāśi chart can show mental suffering on account of a curse of mother from a previous incarnation and in this life there can be considerable suffering on account of mother. The lord of the fourth house from the Moon and the ninth house from the Sun brings ones mother and father respectively.

The following houses emerge as the ascendants of parents and grandparents –

All readings can be made from the position of planets from these houses. For example, the sixth house being the tenth from the ninth house shows the vocation of father while the fourth lord in the ninth house shows a mother diligently following the father in this life and a happy home on this account at least. The āruḍha of the fourth and ninth houses in the dvādaśāṁśa chart are examined to see details about the parents’ families whereas the āruḍha in the rāśi chart are used for various general purposes. For example, the āruḍha of the fourth house (sukha pada or A4) in the rāśi chart shows the influences at home and a strong Venus influence shows that the mother’s family is strong and wealthy and has a stronger say than the fathers family. On the other hand a strong Jupiter influence shows a very influential fathers family having a stronger say on home affairs.