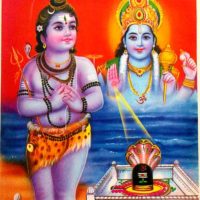 Timing of birth of each 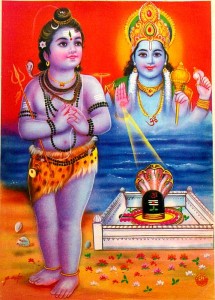 child is seen from Saptāṁśa (D7) as well as their nature, abilities, fortune and any trouble they may have.

While this may seem daunting at first, with time you will be able to do this well. Let us look into the construction of the saptāṁśa chakra, which is a parivṛtti chakra i.e. like the Parāśara Navāṁśa they follow the requirement of continuity. The first saptāṁśa of Aries maps into Aries and the last, 7th saptāṁśa maps to Libra. The first saptāṁśa of Taurus, the next sign maps to Scorpio, and so on. We notice that there is a continuity from Libra to Scorpio and there is no jumping around.

Timing of birth of each child is seen from Saptāṁśa (D7) as is their nature, abilities, fortune and any trouble they may have.

The first pregnancy in male (husband) chart is read from the placement of Lord of 5th house from Saptāṁśa (D7) Lagna and in female (wife) chart the placement of the 9th lord. The 10th house in a female chart is the māraka sign for the child (and all children) and if the lord of the child is in the 10th bhāva, or influenced by its lord the pregnancy will fail, unless the protection of Venus is also present, which can show a premature delivery.

The sex of the child is seen from the lord of the sign ruling the house of pregnancy.

Maximum number of children is known by determining the number of planets aspecting the lagna of D-7 chart. when seeing the house (5, 7, 9… for odd lagna) and (9, 7, 5….for even lagna) if we encounter nodes who put a stop at the count. Only Jupiter and Mercury have the power to cross the blockage of the nodes as they bring the power of the sky-father and earth-mother respectively.

Rāhu will normally cause miscarriage unless:

Venus is the single most important planet for creating babies. It is the significator (Kalatra-kāraka) and shows the strength of the sperm and ova to cause the pregnancy. A lot of information about the past life of the child is divulged from the positions of Venus in the conception chart. It is controller of rebirth of the soul as it owns the natural seventh house (rebirth) of the zodiac. In the worst case showing danger to pregnancy, it can cause premature delivery and then gives the child a rare strong spirit to fight for survival.

There are certain combinations that prohibit the birth of children. These are very difficult to break and simple remedies cannot overcome them.

There are many rules and principles. The slides presented below will give a good foundation.
Saptamsa Children 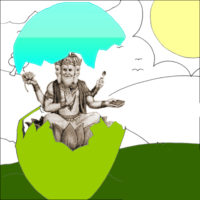 Indian Society has come to be plagued by the great evils of female feticide and infanticide. Before consulting a doctor for sexual determination and then, blindly heading for an abortion, the expecting parents are well advised to consult an astrologer.
FIFTH HOUSE: It delves into the prospects for good progeny or its denial. The fifth house, its lord, planets posited and aspecting it and Guru, the Putrakaraka are to be examined as per canons on this subject (Details have been summarized by Dr. B.V. Raman in “How to judge a Horoscope” or ‘Crux of Vedic Astrology’ by S.Rath.)
Lords of seven divisions in Saptamsa (D7) related to children and creativity where for odd signs the sequence starts from Ksara and ends in Jala while for even signs the sequence starts with Jala and end in Ksara. We need to understand the implications of these divisional lords and the word Rasa. 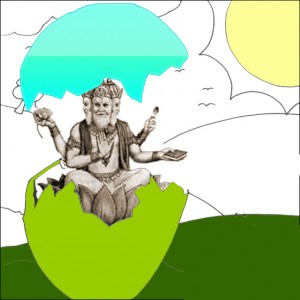